The Time Walkers series
"Do you know," he said. "That our history was written even before you were born?
​Before you took your first breath, I had already loved you for all of my life."
- Winn, A Tale of Oak and Mistletoe 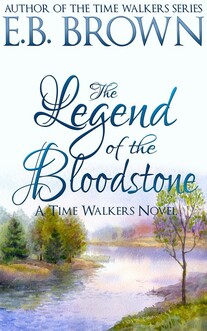 Maggie is a modern day woman with all her flaws, thrust back into a
time when men were carving out the history of America. She has just
enough knowledge of the past to know trouble is coming, yet soon she is
kicking herself for not paying better attention in history class. When
she is captured by Winn, a warrior who is torn between his duty to kill
her and his desire to keep her, she must adapt to a life she had only
read about in history books.

Winn is a seventeenth century Paspahegh warrior, born in a time
before the English settlers arrived on the shores of Tsenacomoco. He has
learned the ways of the English and uses his knowledge to ensure the
survival of his people, but when he finds a wounded woman in the woods
his loyalty is put to the ultimate test.

Hunted and feared by both the Powhatan and the English, Maggie
struggles to find a way home while Winn plots to keep her there. Maggie fights to survive as she finds herself entangled in the Massacre of 1622, and Winn sees everything he ever believed in shattered by the knowledge she holds. With ties to both the past and future, their lives unfold among the stirrings of a new nation. Maggie and Winn risk everything to survive as the once powerful Powhatan Nation crumbles and the English build a country from the ashes.

﻿The Legend of the Bloodstone
2013 Amazon Breakthrough Novel Award Quarterfinalist 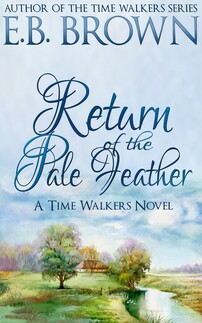 When Maggie McMillan is sent back to 1622 by the power of a magical Bloodstone, she makes the choice to remain in the past with the Powhatan warrior who holds her heart captive. Cursed with the knowledge of what the future holds for both the English and the Powhatan people, Maggie and Winn struggle to find safety for their family in a world gone mad.

With the sudden appearance of another Time Walker, long buried secrets are revealed which change the course of their destiny. Maggie finds that her journey to the past was no accident, and Winn must decide where his loyalties truly lie. As danger and magic test the bond of blood between them, they must embrace their demons - or risk losing everything.
​ 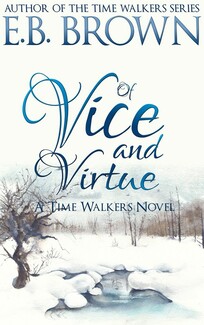 Makedewa and Benjamin each had reasons to leave the Norse village more than a year ago.
The Powhatan warrior Makedewa hoped that time would heal the damaged heart of the woman he loved, and then they would both be ready to embark on a future together. The Norseman Benjamin prayed that by leaving his family, his sins might be forgiven. And perhaps, with time, he could forget the only woman he ever loved – the wife of his Chief, the wife of his only brother.
When a Seer named Jora and a powerful Time Walker named Agnarr unexpectedly interrupt their journey, suddenly Makedewa and Benjamin must face the past they fled from. Makedewa is forced to confront the fears that drove him away. Benjamin must decide how strong the bonds of blood and loyalty truly are, and if he is man enough to honor his vows. Can Makedewa and Benjamin protect the ancient magic and sacred bloodlines, or are the Time Walkers destined to be just another forgotten footnote in history? 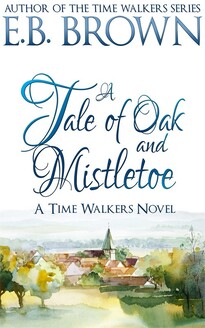 Winn is a seventeenth century Paspahegh warrior, born with the blood of a Norse Time Walker in his veins. He has lived his life in service to his kin, first the Paspahegh and then the Norse. His wife, Maggie, is both his staunchest ally and most challenging opponent - a woman from the twenty-first century who struggles with her new role in the past. Gifted with the ancient power of a sacred bloodline, Maggie is the source of a powerful magic that Winn is sworn to protect.

With ties to both the past and future, Maggie and Winn's lives unfold amongst the stirrings of a new nation. They risk everything to keep their loved ones safe as the once powerful Powhatan Nation crumbles and the English build a country from the ashes.

As history is made around them, Maggie and Winn fight for their future - despite what the history books have already written.